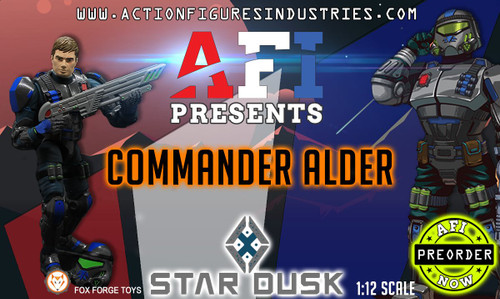 The New Era of Action figures has arrived

After making a virtuous decision, Alder is left as the sole survivor of his platoon, and a prisoner of war on an outer rim planet. With time running out before his military's next barrage, he attempts to warn the innocent captors of these attacks. After abandoning his military's genocidal mission, he finds himself in the middle of battle between his father's powerful trading corporation, and a peaceful planet of mysterious, intelligent humanoids. Alder must now prepare for what consequences await him in this unstable environment.