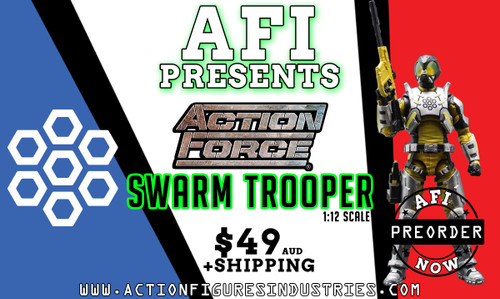 The second American Revolution allowed each state to become their own individual Republic. Population and infrastructure decided the size of each Republic's military. This left some Republics with a less than adequate military force. An unknown corporation exploited this scenario and developed a group of elite mercenaries called, The SWARM, which could be called on to aid republics in emergency situations. The SWARM was made up of foreign and domestic military personnel with various skill and attributes. SWARM forces could be used in a mission capacity or as constant security however, the price for using the SWARM is extensive. In addition to an up-front payment, any republic using the SWARM services would have to forfeit a controlling percentage in the republic's infrastructure.

These items are in hand