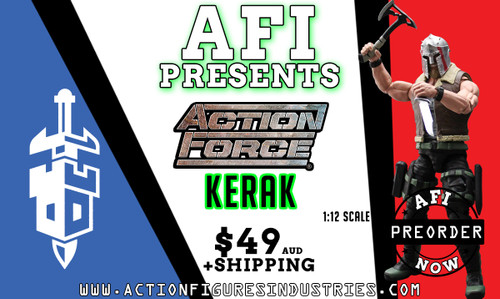 With the former United States splintering along State lines, and the American military enterprise likewise allocated, experienced and battle-hardened soldiers with the ability to lead could name their price as the power structures of the new Republics took shape.

This was the case with Kerak, a U.S. Army Colonel who over saw operations in Pakistan and across the Middle East. Known for his non-nonsense edge and strict discipline, Kerak was known for whipping underperforming companies into shape and turning them into elite, high-functioning units. Such a man was needed to lead the military forces of the New Colonia.

As New Colonia absorbed additional republics, Kerak recruited new military personnel. These new recruits along with his former unit became his elite force, The Garrison. When Casteladium was discovered, Kerak positioned his forces for the offensive: New Colonia, was going to control the world's supply, stored in rich deposits across the U.S. Only one thing stood in their way: 47 other states who wanted the same thing. The war was on.