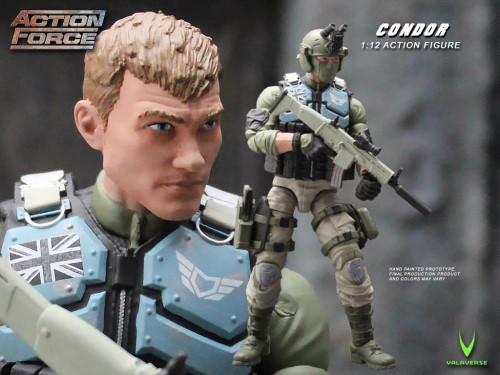 Condor’s ties to terrorism started at a very early age when his parents were killed during bombings throughout the United Kingdom. At the age of 2 Condor was found by a British Army Lieutenant while searching for survivors after the devastation that ripped through Dorset. Without any children of his own, Lieutenant Edward Hughes filed to adopt Laird Barnes, feeling strong ties to the boy he pulled from the rubble. Following in his adoptive father’s footsteps, Laird joined the British Army and quickly excelled, becoming the top recruit in the Special Air Service (SAS). Condor dedicated his services to counter terrorism and spent 3 years as an undercover agent infiltrating a major terrorist group in Lithuania.

Shortly before the second American Revolution, Condor was stationed in the United States as a liaison of the British Army passing on counter terrorism tactics to Special Forces units. As the federal government dissolved, Condor requested to stay on board to aid in the transition. As New Colonia stretched its grip on surrounding Republics, Condor helped bring together the individuals of Action Force, becoming one of the units highest ranking members.

These items are in hand